The festival that is not there – press release

Perugia Social Photo Fest, the Festival that is not there

Unfortunately, the Festival will not take place this year: it will not be possible for us to crown our commitment for the fourth year. We believed that PSPF 2014 “RESISTO”, which was successfully carried out in spite of huge difficulties, thousands of complications and mean tricks, had reached important goals.

We were convinced that bringing to Perugia 2.600 visitors from 14 different countries worldwide in the middle of a cold, rainy November, would mean a lot for our hometown and region. We believed that receiving the EFFE (Europe for Festivals, Festivals for Europe) Award as the unique Italian Photography Festival to be given recognition from the European Commission for its cultural, local, national and International value, would release us from that brutal non-mention on the list of the events promoted and sponsored on the occasion of Perugia’s race to become European Capital of Culture.

In a very short time, PSPF created an important International net, active and real. The Festival facilitated encounters, created a common ground by bridging a wide gap, promoted a new concept of photography (social and therapeutic photography), generated new meaningful projects on national, European and International scale. We believed that so many encouragements would give us enough strength and maybe the right means to be able to make it through, but we were wrong.

Since last November, we have been on the trot, chasing disregarded appointments, assurances, promises, secretaries acting like filters, shut doors and mysteriously disappeared E-mail messages (yes, this cop-out is still around!). But what’s done is done, and we are deeply sorry. We humbly apologize with our supporters, we regret for all the commitments already made with national and International operators, which will remain unfulfilled. In spite of all that, we refuse to believe that words such as territory, excellence, culture can be merely reduced to empty terms, deprived of their own meaning to be only barked out of convenience. We are not accustomed to all this, we would only like to think of our Perugia Social Photo Fest, that is laconically already ready.

We are not used to waste our time in useless complaining. We wouldn’t have struggled so hard over these years to cross the finish line, if we were not deeply enthusiastic and challenged by what we believe in so passionately. Nevertheless, we must acknowledge that this battle was lost.

So cheer up y’all! Second star to the right and straight on ‘till morning, the Festival that is not there has just begun.

To all PSPF Staff 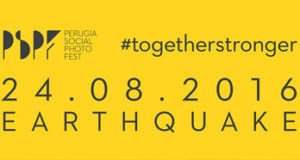 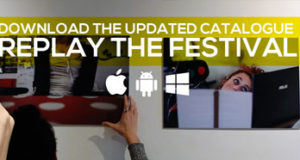 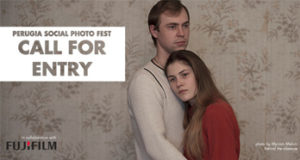