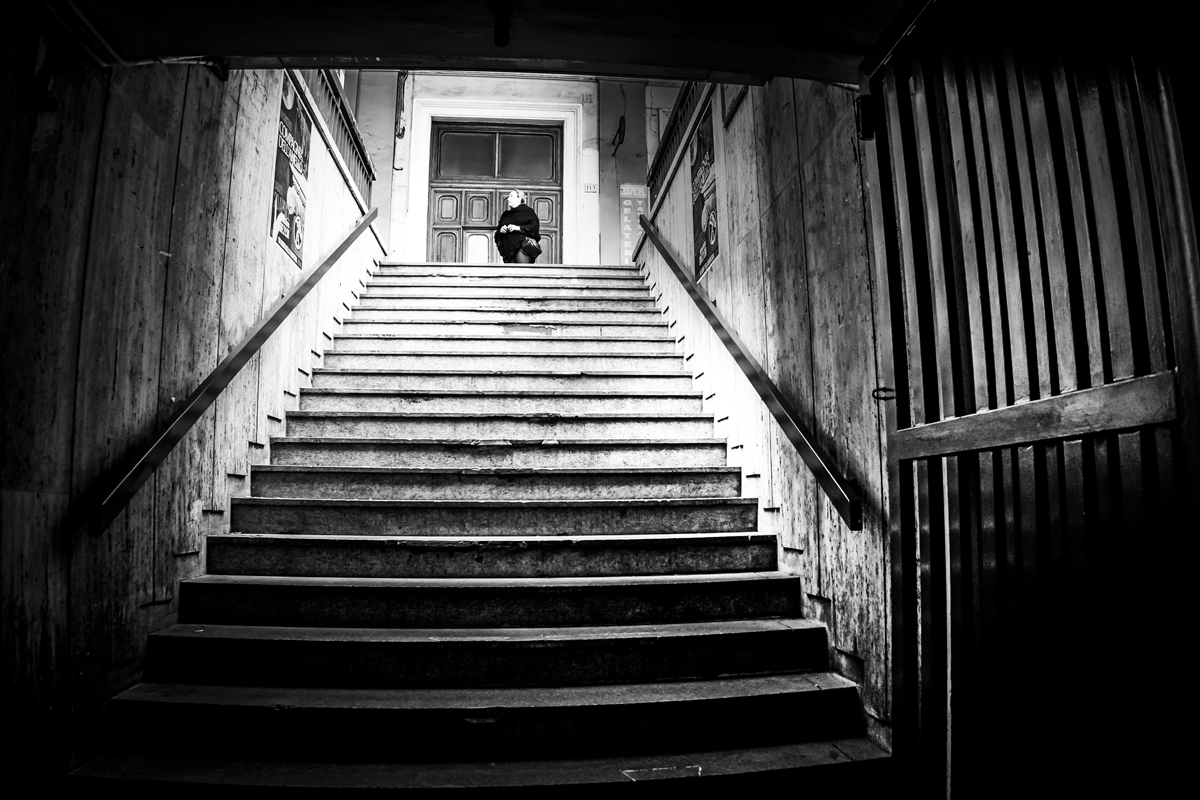 “Let me watch”. No better title to describe what we all experience when we feel the unrestrained desire to stop and stare at something that stroke us, but are still under the pressure of time, tyrannically running away too quickly.

We all move through everyday places like hasty foreigners, driven by the urge to reach our destination, not giving ourselves a chance to stop and stare.

They asked humbly, like those who know how long it takes to focus an image, as well as how important it is to listen to and gather the many nuances of a city, when it shows to those who suddenly decide to stop.

The photographs included in the catalogue are the result of this request. They came to light thanks to the collaboration with FermaImmagine and U.I.C.I. in Rome.

Someone said a photograph is first of all the place where a though dwells.

These pictures show the city like a potential dwelling, where a block turns into something intimate, with its ever-changing rhythm, crossed by voices, sounds, noises, lights and shadows, silhouettes and figures, smells emanating from workshops, smitten by rain and wind, with thousands of stops, some dear and familiar, some others unknown and full of mystery.

These works show the reflex of a city, reaching out to us like an echo appealing to everyone’s intimate imagination, where shapes dissolve into a dreamlike world, and all that matters is looking and listening, instead of seeing.