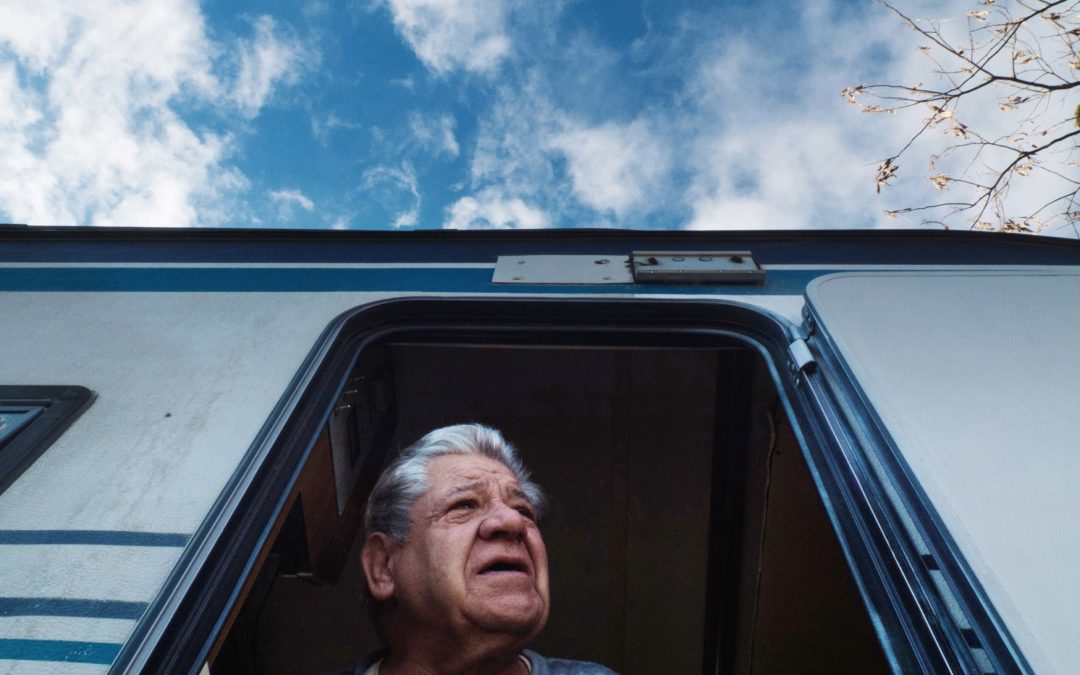 Living on the street is a phenomenon that is dramatically spreading in the Capital: more and more families are forced to do so because of the crisis, and they have to reinvent the housing concept by using trailers, camper vans and even cars. Here we are is Torre Angela, a neighborhood in the far suburbs of Rome.

Here in a taxi parking lot, there’s a small camper: this is the home of an Italian couple, victims of the big economic crisis.

Tommaso and Donatella, he is a carpenter and she is a hairdresser, are both unemployed: besides taking their jobs, the crisis also took their house, a council flat which Tommaso was assigned due to his disability, squatted one day and never returned.

The only things left were their dignity and the strength to go on, so they transformed their camper into a home. For ten months before they had been living, or better-said surviving, in the car with their two dogs, one of which is still living with them.

A small pension and the income of occasional sewing jobs by Donatella is all they live on, being thus able to buy food and basic necessities, together with the solidarity of some people living in the area.

Even those who wanted them to be removed at first, now turn a blind eye on their ‘weird’ presence.

By chance, Tommaso happened to open his first workshop in this neighborhood. Memories quickly flash by, as he recalls the happy moments in life, their wedding, their kids, that they don’t want to burden, and so on, until present time.

Talking gives them some relief from their troublesome situation. The camper door is open for anybody.

Their story is summarized in the aphorism by Le Corbussier : a house is a car where one can live.

A house is the place we always go back to, where we find shelter from the world outside. This is true for Tommaso and Donatella too: that camper is now the right place for them.