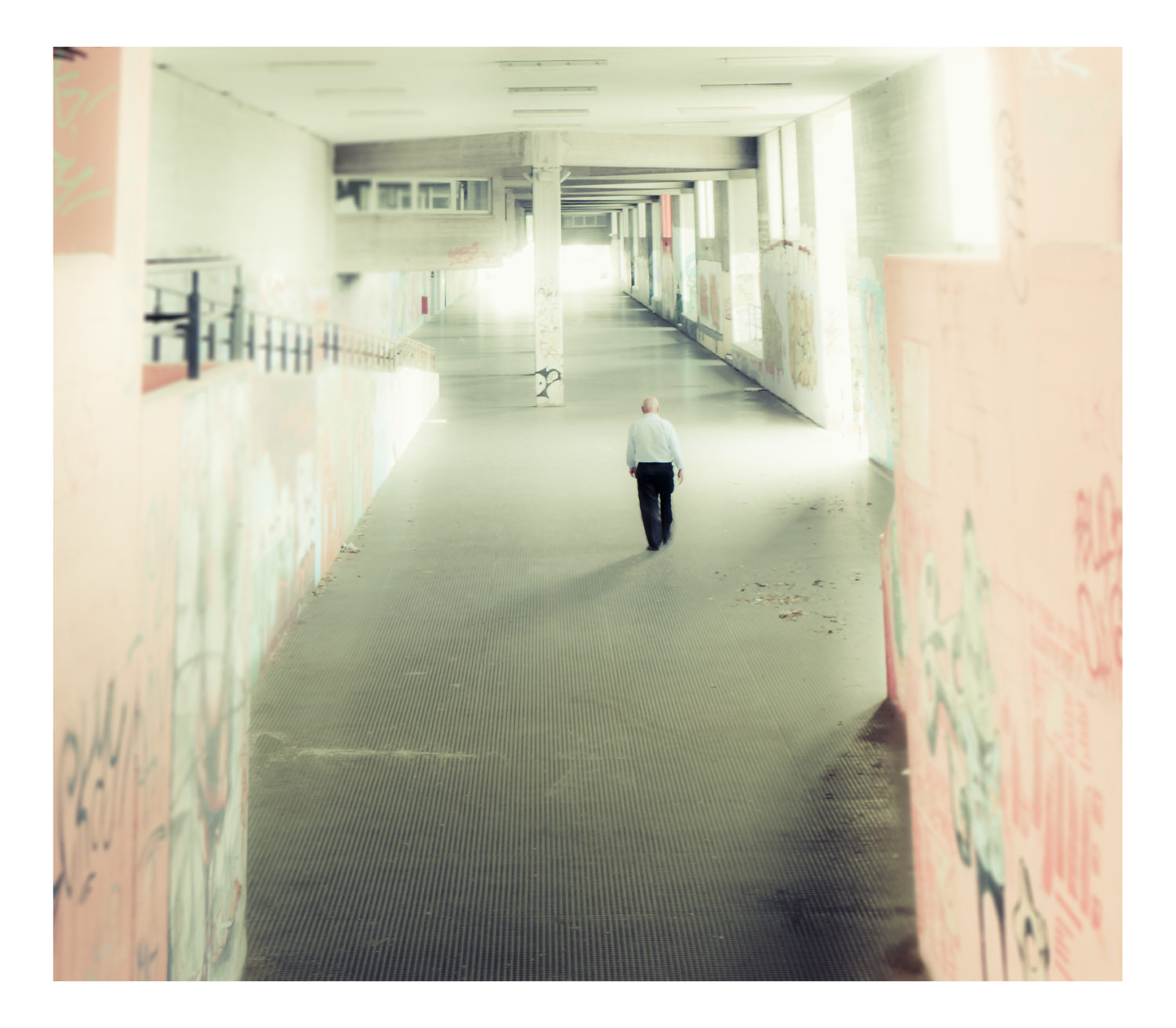 Rozzol Melara is the phalanstère of the city of Trieste and it is known as the location of the working class residential complex ATER, commonly calledthe Quadrilateral. The initial idea was to create an independent village provided with all the basic facilities (stores, schools, etc.), but for years this place has been perceived as a dangerous slum to keep away from.

Our idea is to provide new keys to re-interpret Rozzol Melara, an alternative to the perception that during the years have only focused on the state of decay and on the oppressive incumbency of an architecture whose only scope was to cater for basic needs (a shelter, some services and some infrastructure) totally disregarding any other need. This preparatory exploration

is carried out through the language of photography; through a sequence of actions and poses questioning aspects such as framing, light, look, position in space and time, and creating a link between architecture and human being (Rozzol Melara’s predominant theme). This preliminary study is our contribution to PERUGIA SOCIAL PHOTO FEST. The project will later include the creation of alternative procedures in terms of public space and community, starting from the outcomes of the exploration phase and aiming at reducing the social issues affecting the system.