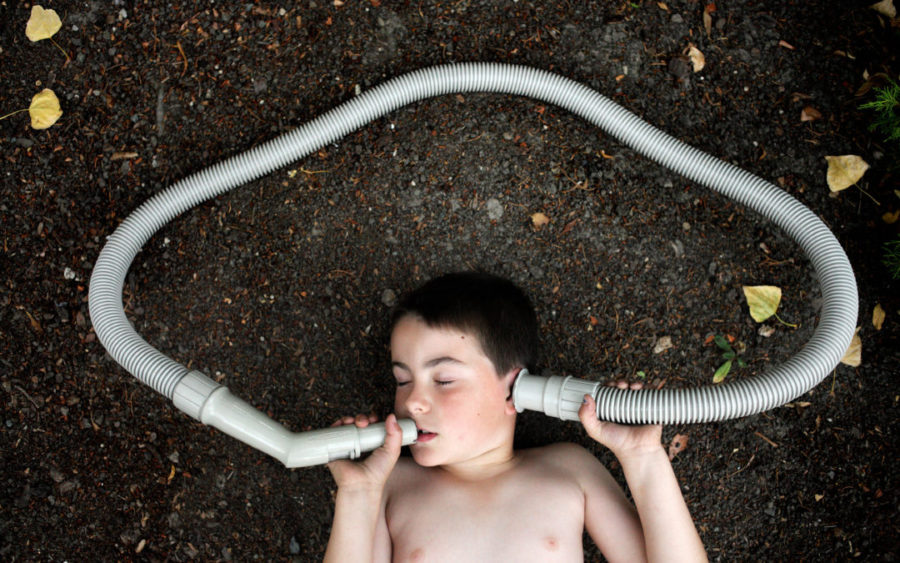 ECHOLILIA ended up being the project, as clichéd as it sounds, that literally changed photography for me.

A collection of photographs I worked on collaboratively with my son and all shot in our home, these simple photographs were raw and primitive. They reminded me of a beginning student’s photo project: simple props, window lighting, just a suburban dad making photographs with his son in this quiet child mindset. The results seemed to be photographs made out of nothing except the ability to pay attention and listen to someone else.

The results didn’t look like my photographs at all.

Being the greedy artist I am, always looking for something new, I immediately took credit for these unusual looking images.

As a working photographer with contacts in the magazine and newspaper world, I was able to get this body of work in front of magazine photo editors with a brief introduction to our process, as well as my reluctant use of the word “Autism”, a term I was wary to admit to in the beginning. The internet sends messages to an unprecedented audience these days. As the series was published, I began receiving notes from parents as well as the kids themselves, from around the world, telling me that they are seeing their son, or themselves, in this series of photographs.

Parents sent me snapshots of their kids that could have easily fit into the pages of my project: the notes, the body language, the in-door nudity, the hyper focus on an everyday object…parents around the world were snapping photographs of their autistic kid’s obsessions and behaviors. This was part of the process of trying to figure their kids out. It occurred to me then that I really had done nothing new with this project. I simply was doing what any parent would do, but I had an eye for good light and possibly a better camera.

The word ECHOLILIA references the medical term Echolalia, a habit of repeating phrases and copying speech patterns common in children on the Autistic Spectrum. I chose the name because it sounded like the word “Echo”, the repetition of sound caused by the bouncing of sound waves, and the word “Lily”, which essentially is a pretty flower. And this repetition of sounds and phrases echoed through our home and had become part of our every day. I thought it was the perfect word for the thread that connected the photographs.

At this point, the making of the photographs is over. He and I will take snapshots like any family would, but our work is done. The photographs that make up ECHOLILIA really capture a time when I was trying to look at the evidence in my son and in myself. I thought we both felt like we were digging and mining this situation together to try to figure it out, or figure something out. And in the end we didn’t get any tangible answers…but amidst it all we built a bridge.

Now we’ve met at the middle of the bridge and there is just no need to make these images any more.