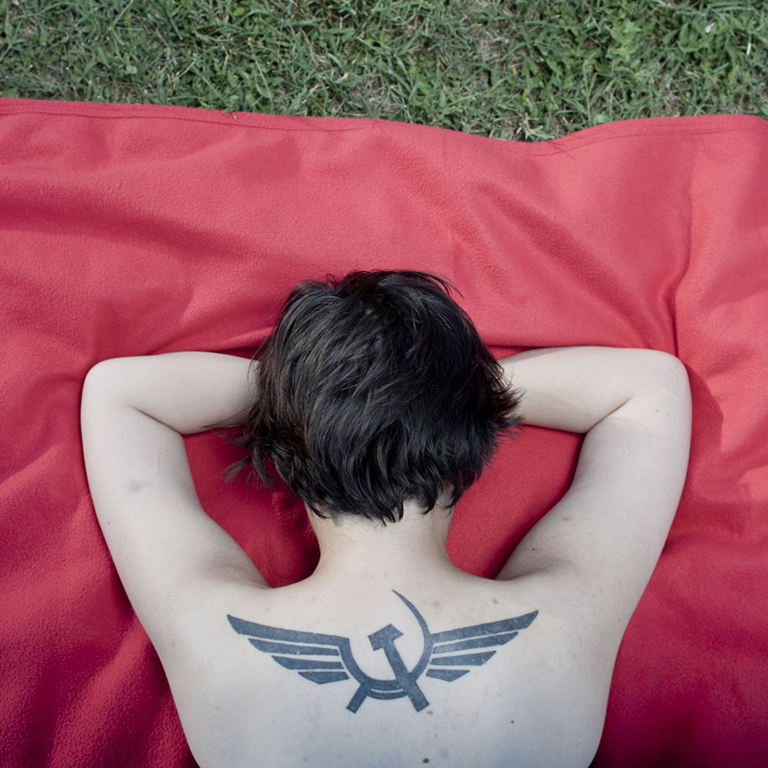 The PCI, the largest Communist party in the Western world, was born in Leghorn on 21st January, 1921 and it was disbanded on 3rd February, 1991, after 70 years of political commitment and after having reached its popularity peak in ’75-’76.

In 1989, ina few months the Communist regimes of Eastern Europe were overthrown; theBerlinwall was finally brought down and two years later the Soviet Unionwas dissolved.

An historical era which is over but whose symbols and iconography are now retrieved by new generations. Via Carlo Marx, one of the many streets in our town, is the ideal place to meet these young people who react to the contemporary crisis raising their fist and waiving a red flag.