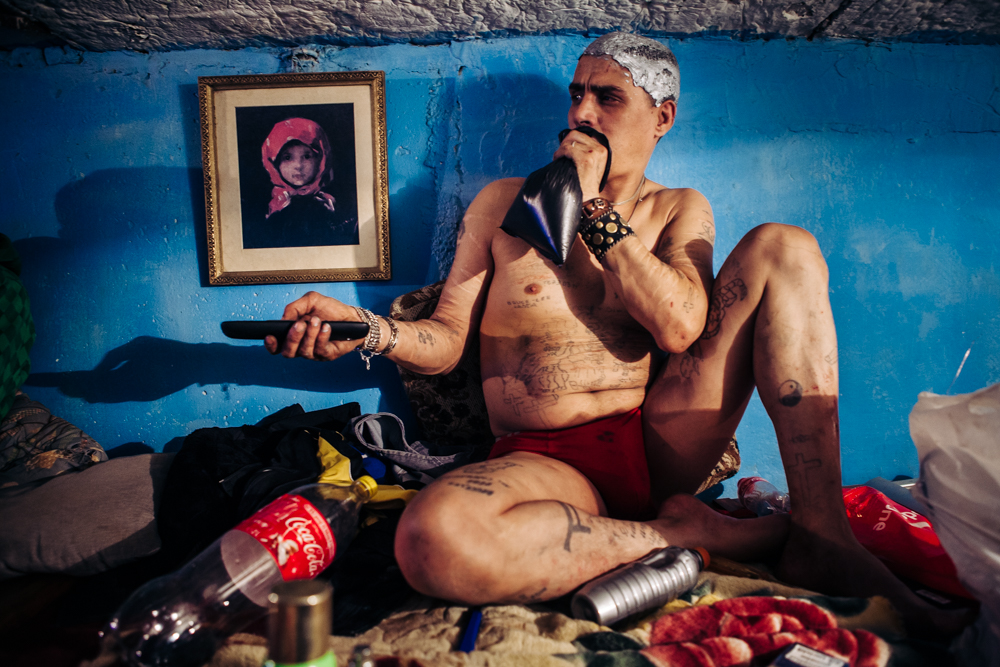 “Inside outside under Bucharest”

When we first visited their subterranean house in Bucharest city center, we never expected  that, over time, we would become part of their family. Children aged up to forty years, they are the street tribe of Gara de Nord.  Many of them, growing up in social exclusion, bear the marks of the early-discovered drugs, disease and prison. Sometimes it seems they rush toward death on purpose and sadly someone has truly told me so. Yet, by themselves, they have learned the values of sharing and fraternal bond. In search of affection and safety, these boys have given each other mutual support gathering around a fatherly figure. According to rules that can be easily misunderstood in the ‘civilized’ world, they founded a small community opposed to the society above ground.

Not only a shelter for the outcasts, the underground tunnel was also the meeting place for  a community in search of autonomy and self-sustenance. Our research has followed the stories of those who grew up in severe material and emotional deprivation, but had then found acceptance in a rejected but surprisingly compassionate community. For two years we lived on the streets of Bucharest, with one of the most marginalized communities in Europe. During this period, having experienced some consequences of social disorder ourselves, we have been forced to reconsider our own condition, realizing how fragile and unpredictable are the principles that govern the existence of humankind. We have documented a complex reality, in which illegality and drugs are largely the side effects of a form of adaptation to marginalization. We hope to enable our audience to imagine what underground life was like in Gara de Nord, without their eyes being clouded by pity, judgment or fear, and make them part of a personal encounter.