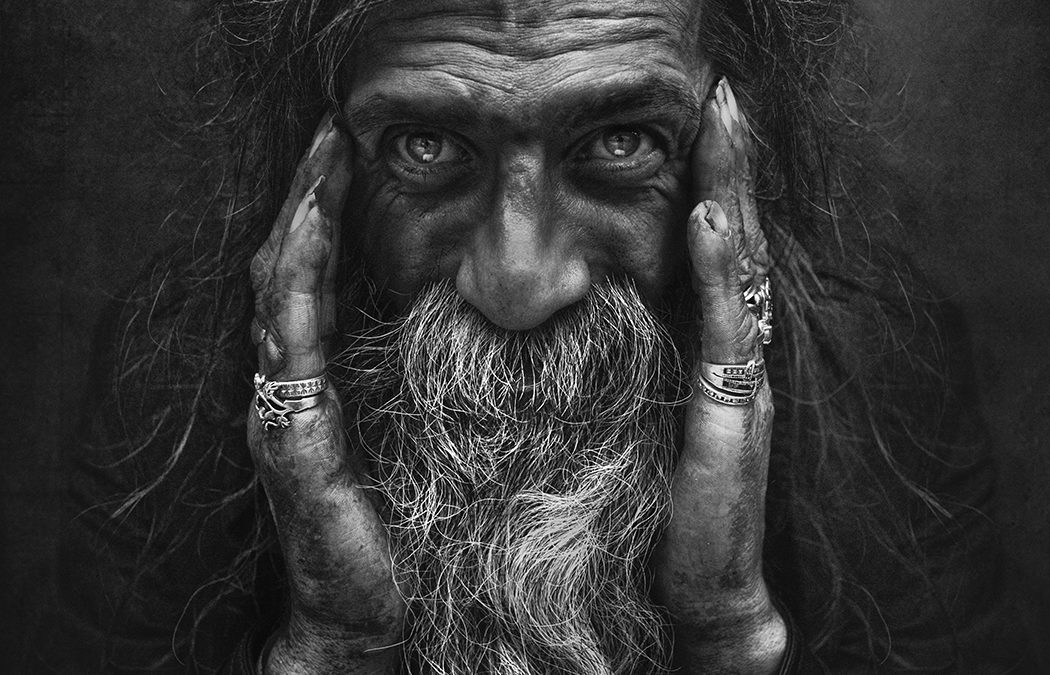 Lee Jeffries : a British photographer who captures intimate portraits of the homeless that have exploded on social media. His work is most definitely NOT photojournalism. Nor is it intended as portraiture.

Jeffries gives these people something more than personal dignity. He gives a light in their eyes that depicts transcendence, a glimmer of light at the gates of Eden, so to speak. The clarity in their eyes is awesome to behold, as if God is somewhere in there. He has made these people into more than poor old broken homeless people lazily waiting for a handout from some urbane and thoughtful corporate agent. He infuses them with light, not darkness. Even the blind guy has light pouring from his sightless eyes. Jeffries intends his art to honor these people, not pity them. He honors those people by giving their likenesses a greater meaning. He gives them a religious spiritual significance. He imbues them with the iconic soul of humanity.

With exhibitions in Rome, Paris and London his images are seen globally and most recently he has worked with Terrence Malick as a contributor to his movie, Voyage of Time”.