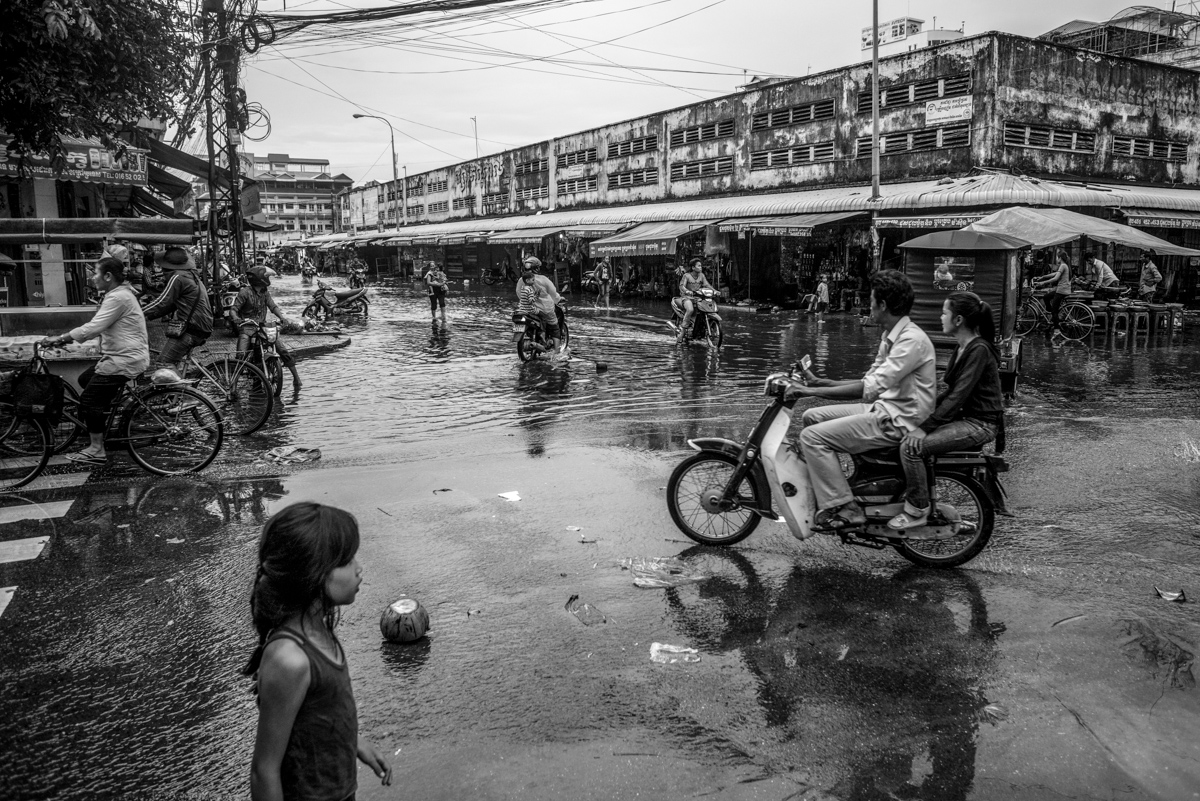 “Ghosts from the past”

Cambodia is a country in continuous development, where foreign investment, mostly Russian and French, has had an impact on the habits and the lifestyle of many people.

But not far from the tourist beach of Serendipity Sianoukville and the magnificent temples of Angkor, the stench of latrines is strong, people live in desperate conditions, especially orphaned children who beg in the street. The country continues to be littered with landmines, sad legacy of the tragic history experienced in the last quarter of the last century.

The mines were used in mass by the Khmer Rouge from 1975 to 1979. During these years, their leader Pol Pot was the architect of one of the most radical and bloody revolutions in human history.  About 1.8 million people died, thousands of people were killed in the countryside or in labor camps.

Cambodia was liberated by the Vietnamese army and, later in the 80s the same Vietnamese who, using the local forced labor, built a minefield of 700 km along the entire border between Cambodia and Thailand. After their withdrawal, more mines were disseminated by the Cambodian Government to prevent a new invasion and, again, by the Khmer Rouge to protect the areas where they had taken refuge, and where they developed guerrilla actions until the death of Pol Pot, in April 1998.

Today, Cambodia is still one of the most landmine affected countries in the world, with the highest number of amputees per capita: more than 30,000 people have lost their limbs to landmines or other unexploded ordnance (UXO). Children and farmers are the most affected by this plight. During the dry season, they settle in ostensibly safe areas to start a new life, but quite often they see their dreams shatter as their relatives get killed or mutilated by UXO; this happens especially during the rainy season when the ground gets softer, dangerously unearthing unexploded bombs.  15 years after the signing of the peace agreements, about 20 people a month are still being affected by this scourge.

Since 1997 more than 150 countries have signed the Ottawa Convention banning the production, storage, use and sale of anti-personnel mines.

In August 2014 two former Khmer Rouge leaders were sentenced to life imprisonment by a UN-backed tribunal for crimes against humanity. In Cambodia, it is estimated that 1 out of 2 families has lost family members to the Khmer Rouge. Many of the latter have returned to their villages as dissidents and today live their lives trying to forget a gruesome past.

My long-time project GHOSTS FROM THE PAST has been realized in collaboration with various Non-Governmental Organizations (NGOs) who operate in the provinces of Banteay Meanchey, Krong Pailin, Oddar Meanchey, Preah Vilear, Pursat and Siem Reap to address the landmine problem and offer help to those who need physical rehabilitation and medical support.