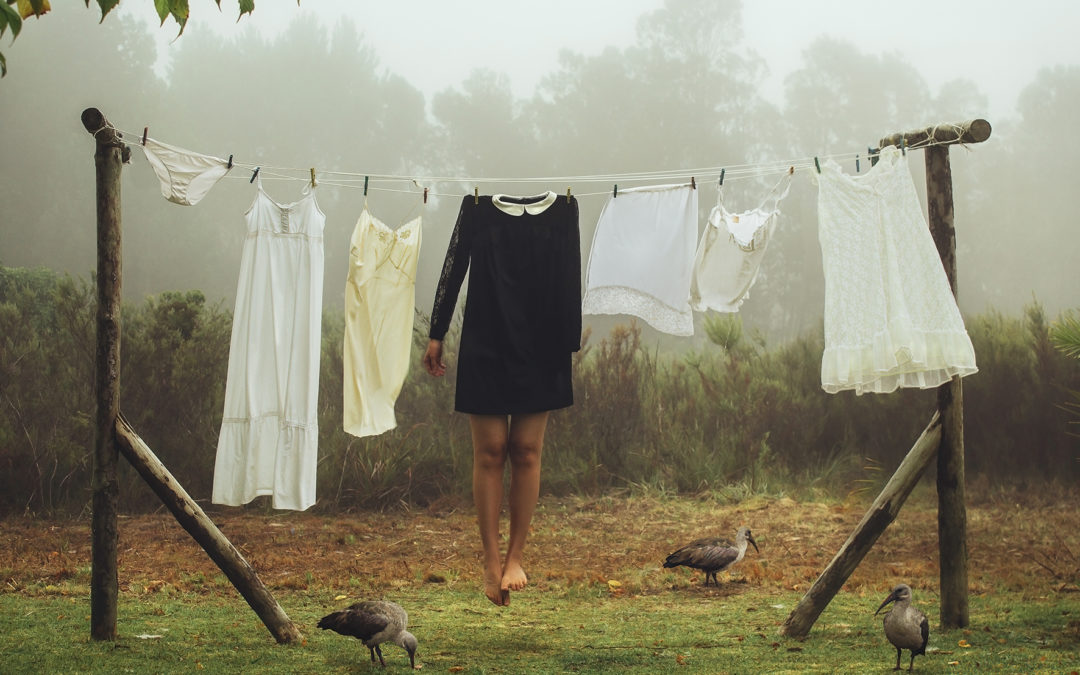 “A girl called Melancholy – The story of depression”

“Describing depression isn’t easy. It’s more than sadness. It’s emptiness, hopelessness, a place so deep and dark that trying to explain it to someone who hasn’t experienced it can feel impossible”. – Megan Grant

This series of photographs are conceptual self-portraits inspired by Janelia’s personal experience of depression. She used her fine art photography as a therapeutic outlet to depict the feelings, or lack thereof, oftentimes experienced by an individual that suffers from depression.

Throughout the whole series, the character is always missing a face and/or limbs.  There are two reasons for this: Firstly to show how this subject suffering from depression lives an incomplete life and secondly that anyone that suffers from a mental illness, like depression, could perhaps identify with the character.

Mould uses bright, vibrant colors throughout this series even though the character is melancholic and depressed. A contradiction in itself. By using this technique she would like to express that despite how happy and normal life appears to be to an outsider, that we are indeed surrounded by many people who suffer in silence from mental illnesses, like depression.

Through her surreal and often described as “haunting” photography, Mould wants to show the viewer how she experienced depression for example: How you are not able to recognize yourself anymore after a while, eg. personality traits, etc.  How you put on a brave face while on the inside you feel empty.

Janelia wishes to give a voice to those who can relate to her series and create awareness on a subject which is often times frowned upon and subsequently becomes shameful.  Through this process, she realized that when a person is depressed they feel very isolated and hopeless and to see someone else experiencing life in a similar way makes one feel less alone. It somehow gives you hope that there can be a way out.