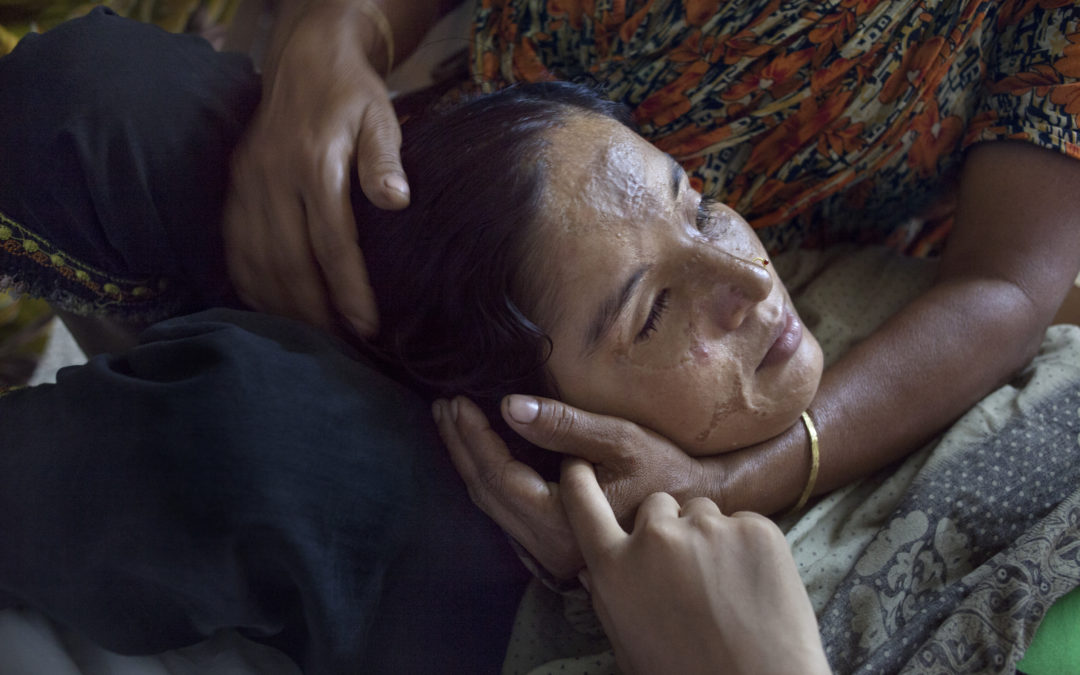 “Only because they are women”

“Whom do I believe? I have to come again and again to the hospital. The man I lived with for eight years gave me unforgettable pain every single day. He used to beat me whenever he wanted, even for a small mistake. Eleven years have passed since he threw acid on me and burned my body and my face, and I am still carrying the sores,” says Roushon, 32.

This is a story about women who have died and survived acid, kerosene and petrol burn attacks.

There are scores of burn victims arriving every day at hospitals around Bangladesh. In addition to disfigurement of the face and body, some have permanent loss of eyesight and some will never again be able to eat with their mouth.

According to Acid Survivors Foundation (ASF) in Bangladesh, from 1999 to 2011 there were 1,084 reported cases of acid assaults against women. Most of these attacks were marriage related, or lovers spurned, and far too often women are blamed for family breakups and divorce. Worse still, is the fact that both society and state have often turned a blind eye to the situation.

Violence against women is an ongoing issue that has been addressed by many artists, but none with the sobering directness and honesty that are shown through Hossen’s body of work. Her bravery and sensitivity in the portrayal of these women are admirable, and the trust she has established with them comes across in her images. Upon first viewing the photographs, one is almost affronted by the horror, but those immediate responses are soon overtaken by an unbelievable sadness and at the same time, the courage and warmth displayed between the subjects and the photographer.