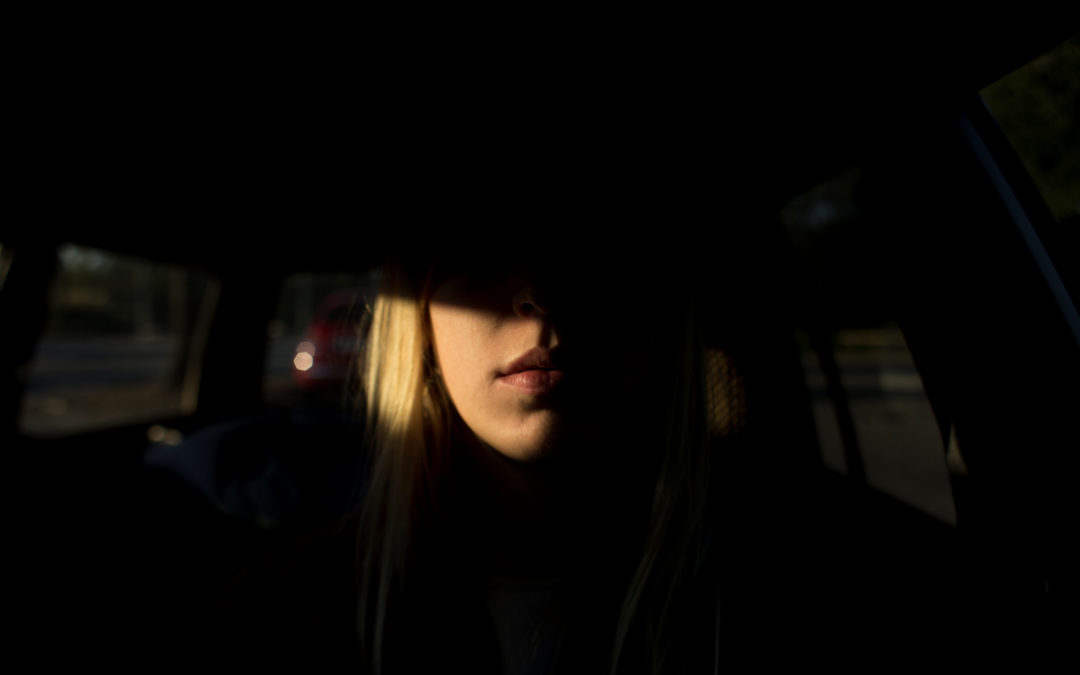 You taught me how to be a butterfly only so you could break my wings.

It is a self-reflective revelation but also serves as an identifying ground, considering that statistics estimate that somewhere between every third and fifth woman will experience sexual abuse in her life.

„Für mich.“ shows the viewer on different levels what sexual abuse can mean to someone’s life by tackling vague and subtle emotions that are often difficult to analyze with just words. It furthermore, of course, reminds other survivors that they are not alone and can help them to reflect their own feelings.

As an initial motif to do this work, there was suppressed anger. While I was debating on whether and how I should work with my experience of sexual abuse creatively, I realized that all these years I had never become angry and that I had always projected any negative feelings against myself.

So one of the first things I thought about was how to redirect my anger towards the person that should receive it, the perpetrator. Obviously, I could not go now and be violent towards him, so I had the idea of gathering images of him and destroying them. I thought of multiple different methods on how to destroy pictures and in the end decided for those that related to the self-destruction I had implemented on myself for so long, for instance cutting with scissors or razor blades. That was the first step of rearranging and releasing emotions that I had always held back or transformed into something else.

As a next step, I became my own biographical investigator and went through all my old family pictures and diaries. While sorting the analogue film rolls chronologically, I made an astonishing and very important discovery: There was a clear change in the way I was acting when photographed, shifting from an open, careless girl, smiling into the camera, to a shy, contemplative family member always standing aside from the others (as seen in image 16).

This was, on the one hand, shocking for me, on the other hand, it served as a proof, something to finally confirm my story. As I’m sure many other victims of sexual abuse feel as well, one of the hardest parts is to stop negating what happened, if it is either done by yourself because it seems easier or by others because they can’t handle the truth.

I then decided to go back to the places where I remembered I felt especially uncomfortable and had a clear memory of the situation. I would allow myself to fully get back into the setting, thinking about what had been said, who else was there, what it smelled like, what I felt like. Only then I took very few pictures with an analogue camera in order to focus on the place.

Although at some stage in the process of visiting the places I experienced a retraumatization, the project helped me a lot with reflecting what happened and drawing conclusions about certain behaviors I have developed throughout the years. I allowed myself to just have any emotions about this issue and be very honest with myself. I let myself cry when I felt I had to and didn’t tell myself to hold it together and pretend that I’m fine which I had been doing for so long.

It was also a great relief to openly talk to friends about the project and therefore the experience I have made. It clearly showed me that something was done to me, that I have absolutely no guilt and that I mustn’t be ashamed of talking about it – even more, the book I have made from the project feels like my personal treasure, like a key to understanding me that I can show to anyone at any time if needed.

I managed to transform something negative that someone did to me into something constructive and positive. I went from being a passive victim to a proud and strong survivor.