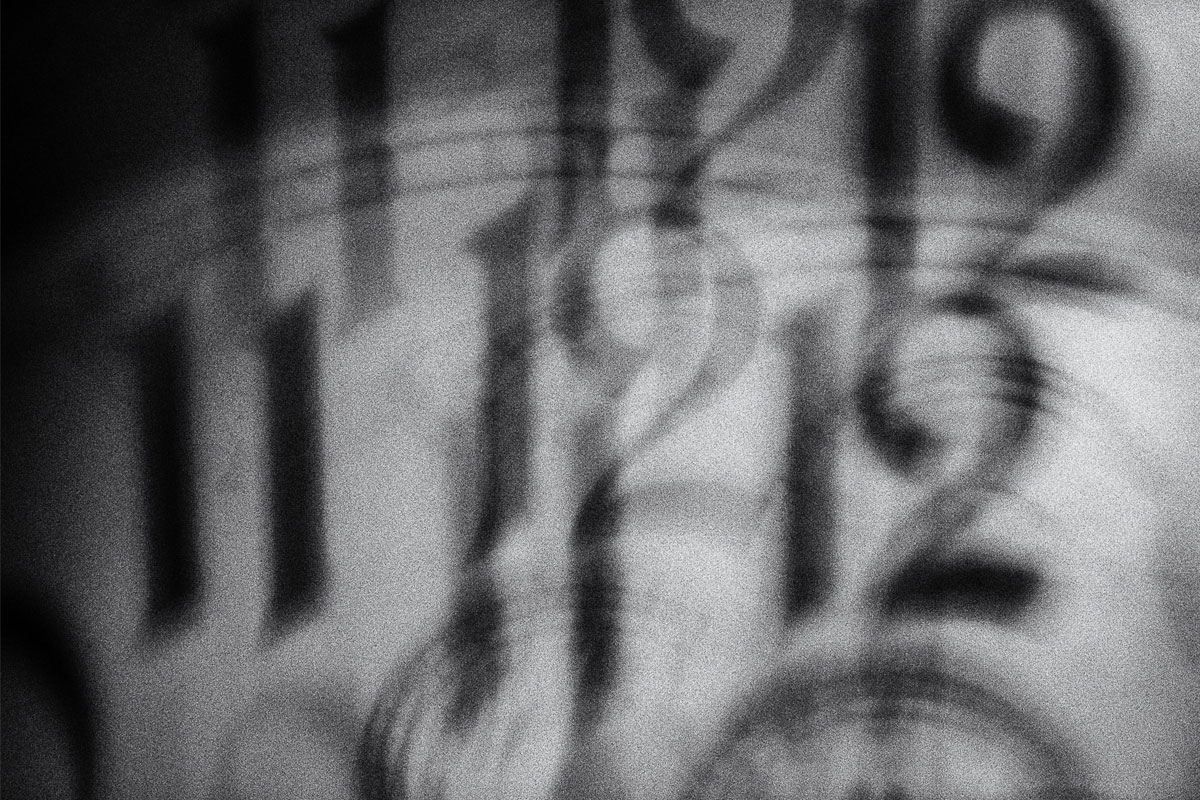 The idea for this work arose from my reflection over something that my mother said, relative to the perception of herself located in a specific point of  the room’s space,  where she firmly claimed she was standing in spite she hadn’t been  there for several minutes.   She suffered from Alzheimer disease (Aloysius was Alzheimer’s forename).   A temporal blackout,  the belief, the certainty to be in a portion of space which is actually distant but nevertheless perceived as the place where we stand in the precise moment.  A spatio-temporal continuum where we perceive ourselves, our body, as amplified,   omnipresent  or  fragmented.   One of the most disturbing symptoms of this illness:  the distorted perception of time and space so that “before”, “now”, “after” merge in an indistinct unim or  their sequential movement is hardly distinguished. A life put away,  as in a limbo, in a time confused, distorted, which deforms the reality.  A labyrinth impossible to escape, whose winding corridors multiply.   The Echo of Aloysius: an indefinite time where blurry and fragmented  remembrances of the past overlap with uncertain perceptions of the present.